Our Suffolk villages are home to wonderful independent bookshops, where dedicated individuals collect and sell second-hand and new books. In all these bookshops you will be very welcome to come and browse. 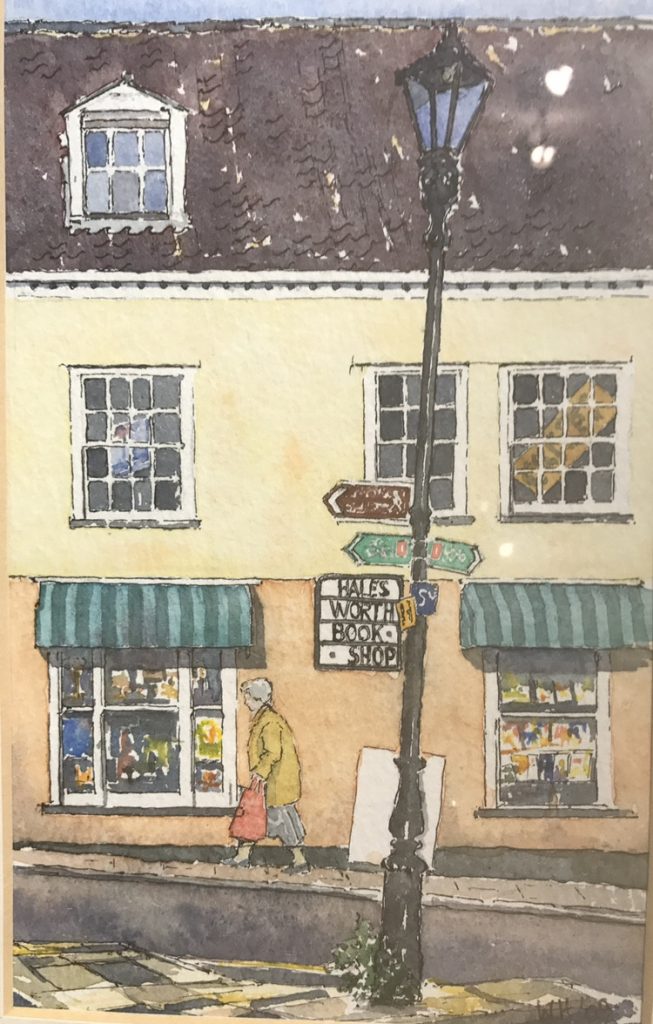 A delightful bookshop for all the family to browse and buy. The childrens' department has a magnificent mural based on "Where the Wild Things are". 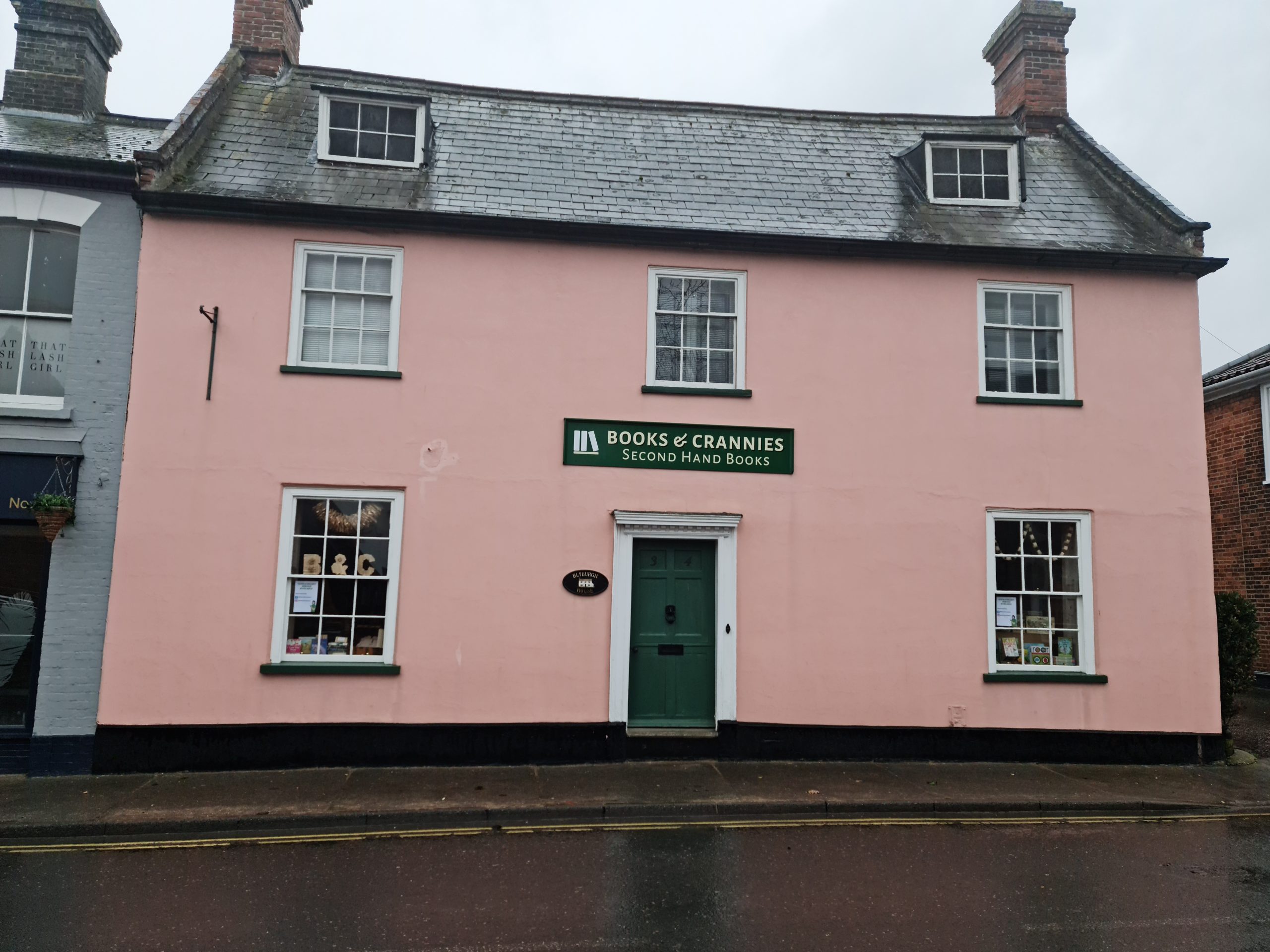 This new bookshop courageously opened just before the second lockdown and is already a local hub for readers. It sells a good selection of second-hand books on a wide range of subjects. 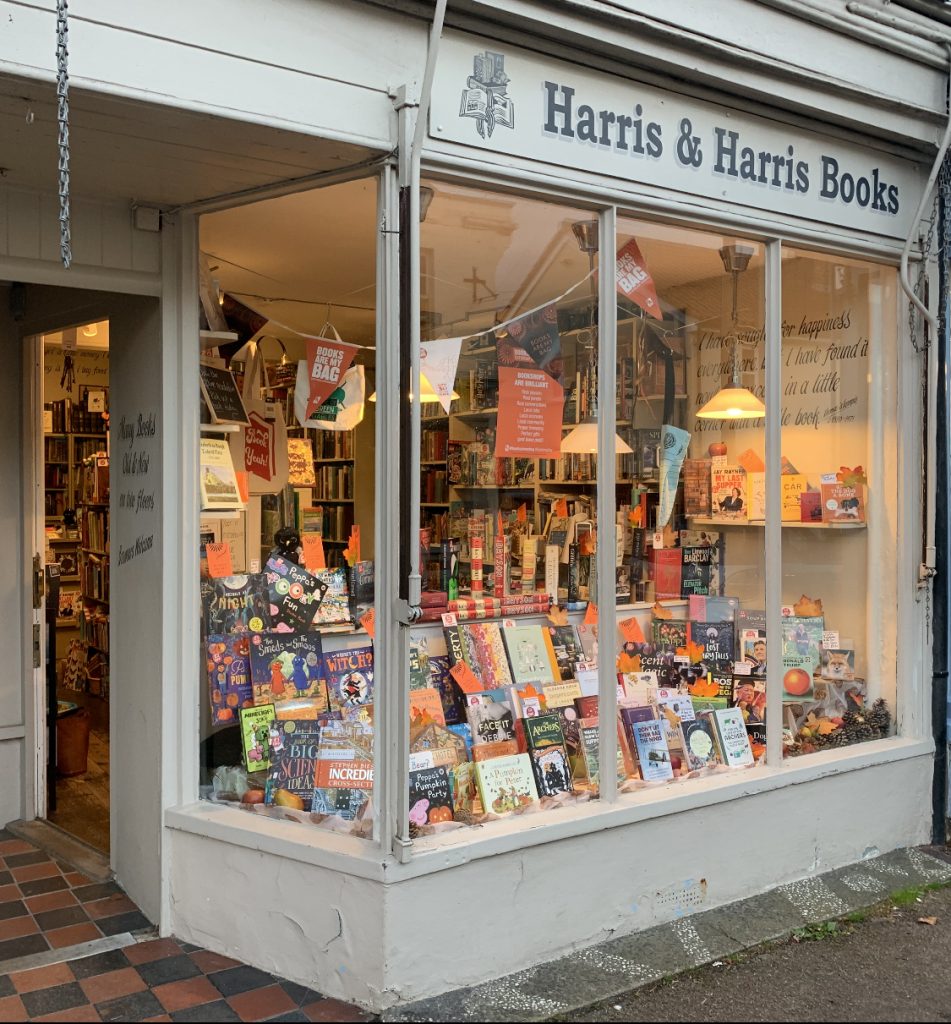 A tiny bookshop with a big personality in Clare, Suffolk’s smallest town. Browse bookshelves remotely in the virtual shop then visit the store or order online. Regional finalist for the 2021 Independent Bookshop of the Year.

Organises a lively programme of talks, book launches and literary lunches as well as a thriving book club. 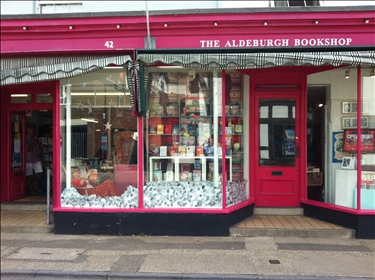 has been established for over 70 years and is the hub of the Aldeburgh Festival. Provides a second-hand book search service and sends books all over the world.

Reading has enjoyed a surge of popularity in the pandemic, and Bookshop.org arrived on the scene at a crucial time for independent bookshops.  It provides an ethical and transparent platform for buying books online with reading suggestions by humans not logarithms.  Not all the 870 independent bookshops in the UK could create a website during the lockdown.  Bookshop.org enables them to create their own online store front, and every time an independent bookshop directs a customer to the site through one of its links it gets 30% of the sale.

10% of each book purchase goes into a profit pool for all the bookshop members. In the US $7.5m has been raised to share among 900 bookshops. On the first day of its launch in the UK the pot stood at £12,500.

"The arrival of Bookshop.org  is a revolutionary moment in the history of bookselling in the UK" says Philip Gwyn Jones, publisher at Picador.

Catherine writes a weekly e-letter including book news, reviews and author events. Her website has a link to the monthly book club which she co-hosts with Lesley Dolphin on BBC Radio Suffolk 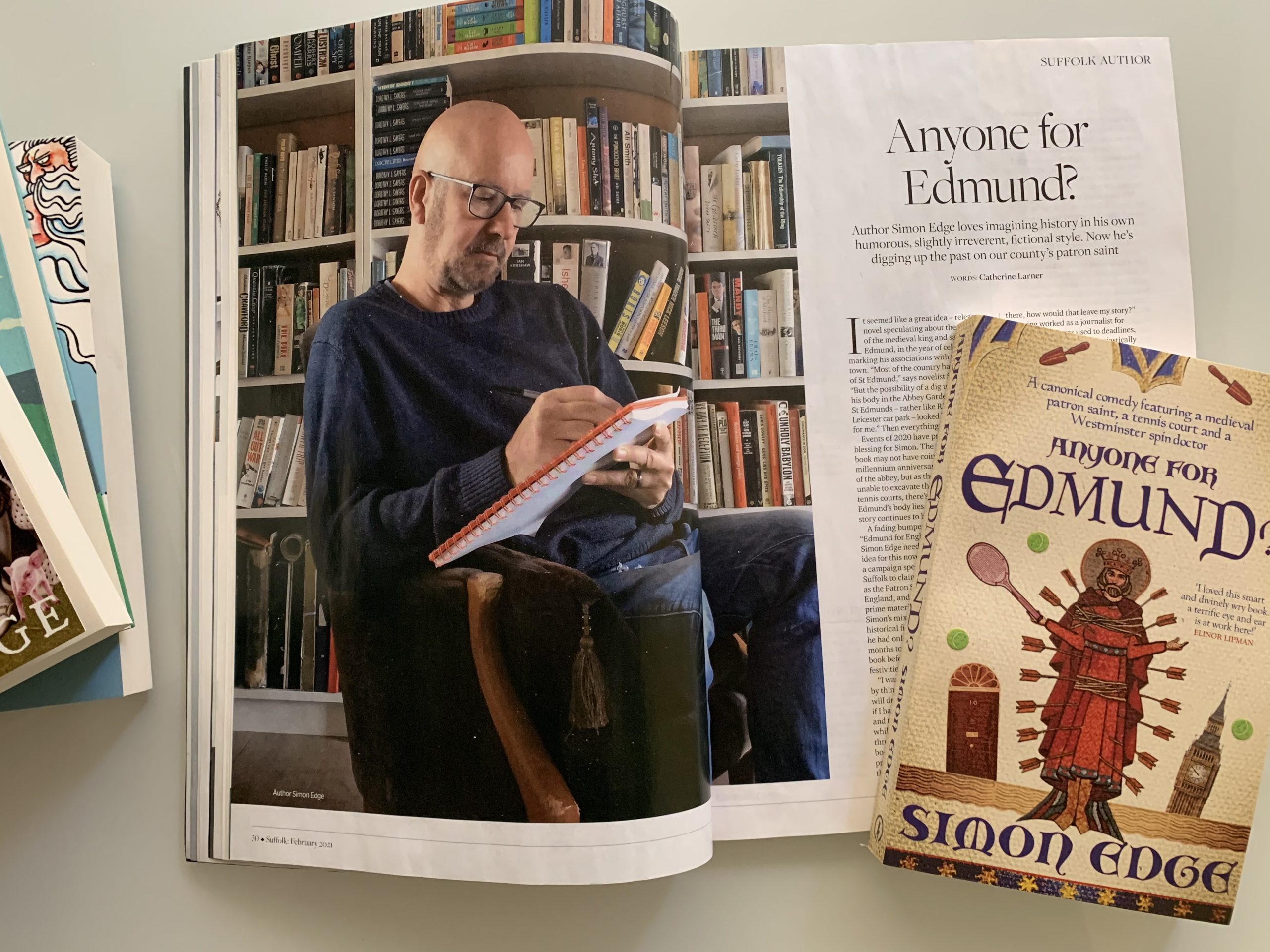 Reading and writing in challenging times

It must be grim trying to organise a literary festival in the pandemic, where months of planning can be undone by a sudden surge in the R number. However, as both an author and a publisher, I’m well aware that the book world has been much better off than the rest of the arts during lockdown.

A year ago, I had just finished the first draft of my comic novel Anyone for Edmund?, which begins with the discovery of the remains of St Edmund in the Abbey Gardens in Bury. Inspired by a real-life archaeological survey, the novel would ideally come out just as the actual body was being discovered, in the millennium year of the foundation of the Abbey. It would be the literary equivalent of House of Cards, the drama about the overthrow of Margaret Thatcher whose first episode was screened the very week it happened in real life. My only real fear was that the geofizz would show Edmund wasn’t there, negating my premise from the first page.

What I couldn’t foresee was something entirely different: the Abbey 1000 celebrations cancelled by Covid, the survey abandoned and forgotten. That was a crushing disappointment for many in Bury St Edmunds but it’s an ill wind: in a year that had promised a focus on St Edmund, my daft satire involving medieval history was one of the few things able to deliver.

The same applies across the book world: with cinemas closed, theatres and music venues dark and film and TV productions thwarted by social distancing, books have come into their own. Not only can you read them in super-safe isolation, creating them is a solitary occupation too.

I’ve been hard at work in that respect: I’ve just finished the first draft of my fifth novel, The End of the World is Flat, which will be out in August. With my publisher’s hat on – I’m a senior editor at Eye & Lightning Books – I can also testify that we’ve been festooned with submissions and we’ve had a great year with the new work we’ve published.

Readers don’t have much of an appetite at the moment for dystopian fiction or anything too miserable. By contrast, anything funny, romantic or generally optimistic about society and the human condition has done very well. Not everyone has been forced into idleness during the pandemic – NHS staff, key workers, home-schooling parents and anyone trying to keep a small business afloat have all been run ragged – but for those with too much time on their hands, books have been a godsend. That, in turn, has been a relative blessing for those of us who write, publish or sell them – and I don’t just mean Jeff Bezos at Amazon. While the high street has undoubtedly been clobbered, hard-working independent booksellers such as Kate Harris at Harris & Harris in Clare or Jules Button at the Woodbridge Emporium have thrived by maintaining strong personal connections with customers through thick and thin.

Obviously any novelty that ever existed has long since worn off and we’re all yearning for a return to some kind of normality. I know our authors are looking forward to meeting readers in the flesh again.

For myself, I hope that encounter will happen at the Lavenham Literary Festival in the not-too-distant figure.

This website uses cookies to improve your experience while you navigate through the website. Out of these cookies, those that are categorised as necessary are stored on your browser as they are essential for the basic working of the website. We also use third-party cookies that help us analyse and understand how this website is used. These cookies will be stored in your browser only with your consent. You also have the option to opt-out of these cookies, but to do so may have an effect on your browsing experience.
Necessary Always Enabled

Any cookies that may not be particularly necessary for the website to function and is used specifically to collect user personal data via analytics, ads, other embedded contents are termed as non-necessary cookies. It is mandatory to procure user consent prior to running these cookies on your website.