The dinner speaker for 2015 was writer and historian Tom Holland, who spoke about his latest book Dynasty: The Rise and Fall of the House of Caesar. It covers the development of Roman autocracy between Augustus and Nero.

In 2011, Lord Hattersley entertained us with a talk on The Great Outsider – his biography of David Lloyd George,

The event of 2013, which sold out a few hours after tickets were made available, was centred on Sir Andrew Motion, who remembered his life in Stisted and enthralled the audience with some of his poetry.

At the November 2018 Dinner, Ian McMillan  gave a scintillating talk on his poetry and prose to a packed Swan Dining Room and had us all in fits of laughter. Many people told us afterwards that he was one of the best dinner speaker they’d ever heard. 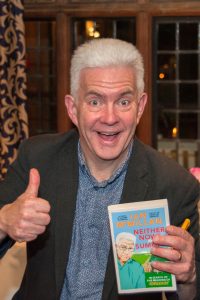 Although our festival is biennial, in some intervening years we have also held a Festival Dinner. In 2010 we were lucky enough to secure the presence of Colin Dexter, perhaps establishing a detective or crime theme, a genre that has featured in our succeeding festivals. In 2014 we were equally fortunate in collaborating with the Swan in hosting a charity dinner in support of East Anglia’s Children’s Hospices, EACH, with Anthony Horowitz as our honoured guest. He was interviewed by Lesley Dolphin from BBC Radio Suffolk and spoke about his work as a novelist and screenwriter. The creator of Foyle’s War and responsible for much television drama, his writing for children and teenagers includes the Alex Rider series. Anthony’s first Sherlock Holmes novel The House of Silk won great acclaim and the second, Moriarty, was published in October 2014, three weeks before his appearance in Lavenham.

A James Bond novel, Murder on Wheels, based on an episode written by Fleming in the 50’s, and which has the blessing of the Fleming estate, has subsequently been published.

We are delighted to say that the event raised in excess of £3,500 for EACH 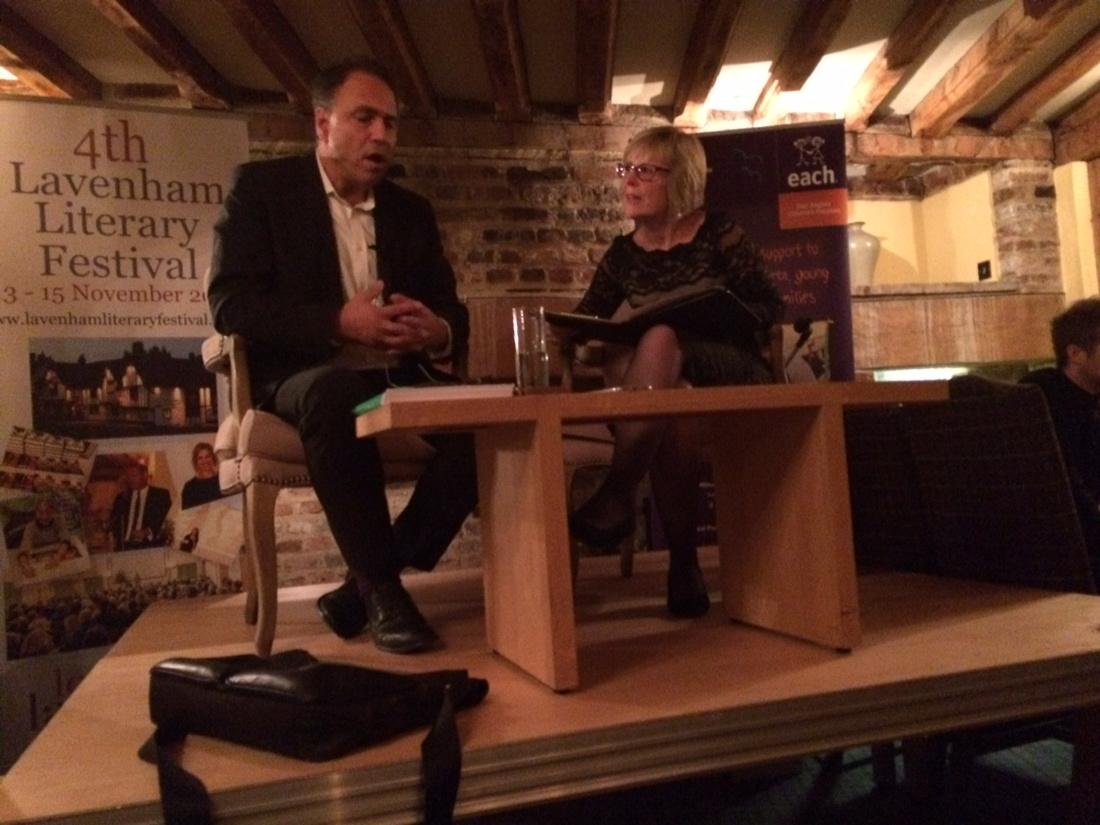 Text for this item