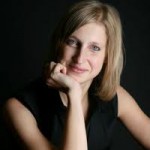 Tracy Borman, highly acclaimed historian and best-selling author, was thrilled to be returning to Lavenham and we are delighted that she thinks so highly of our Festival and, of course, our audiences.  The paperback of her new biography, Thomas Cromwell: The Untold Story of Henry VIII’s Most Faithful Servant (Hodder & Stoughton) was released on 22 January, a day after episode 1 of BBC2’s Wolf Hall.  It reached no.4 on The Times Bestseller list and no.9 in the Sunday Times bestsellers. She studies her somewhat chilling “hero” Thomas Cromwell as fact rather than  as the fictional creation of Hilary Mantel’s novel sequence.

Tracy taught history at the University of Hull, and went on to a successful career in heritage. Tracy is now Chief Executive of the Heritage Education Trust which encourages children to visit and learn from historic properties.  She has recently been appointed interim Chief Curator for Historic Royal Palaces.  In this exciting new role (which she shares with Chief Curator, Dr Lucy Worsley) Tracy will help to bring the history of five of the country’s most important palaces to life for visitors. Based at Hampton Court Palace where she is leading a project to create a new children’s garden, she will also work at the Tower of London, Kensington Palace, Kew Palace and the Banqueting House, Whitehall.  For more information about the palaces, visit: www.hrp.org.uk

Tracy’s first book, King’s Mistress, Queen’s Servant: The Life and Times of Henrietta Howard, appeared in 2007. It was followed two years later by the much admired Elizabeth’s Women: The Hidden Story of the Virgin Queen, which was Book of the Week on Radio 4. In March 2011, Tracy co-authored a book about the history of Royal Weddings to commemorate the marriage of Prince William and Catherine Middleton. Her fourth book, Matilda: Queen of the Conqueror, was published later that year.

Tracy’s next book will be The Private Life of the Tudors, scheduled for publication in 2016.

In April 2015 The Story of the Tower of London appeared as part of the series Historic Royal Palaces.