The stars were out in Lavenham for the sixth Lavenham Literary Festival which took place over the weekend of 15-17 November. Susan Burton, chairman of the Festival, said “We’re delighted that the festival has been a huge success and we’re already making plans for a star-studded line-up of authors for the next Festival in 2021”.

Ruth Jones, Pam Ayres and Ian McEwan helped turn the festival into a best-seller. It started with a literary dinner at The Swan Hotel with Ruth Jones, creator and star of Gavin and Stacey in conversation with fellow author Hannah Beckerman. 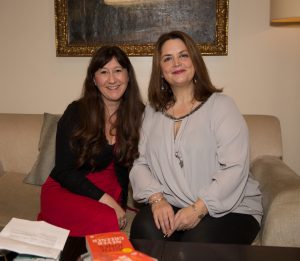 Another highlight was author Ian McEwan talking to his former English teacher Neil Clayton. Ian was a pupil at Woolverston Hall School near Ipswich where Neil inspired him with a love of English and encouraged his career as one of the country’s leading authors. 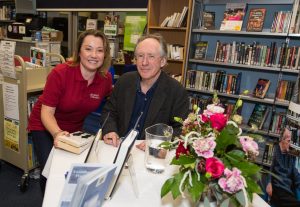 Other familiar names at the Festival included the country’s favourite poet Pam Ayres, who kept her audience highly entertained with her poems ranging in subject from the current gastro fashion of serving food on slates to looking after one’s teeth. 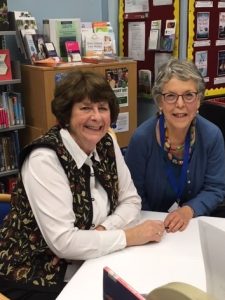 William Clegg QC, author of Beneath the Wig and  Andrew Lownie, whose recent book on the loves and lives of the Mountbattens hit the headlines, were among other speakers during the weekend. The programme included a focus on poetry, with poets Rebecca Goss and Pauline Stainer reading and discussing their work, and on writing and publishing, with Bridget Holding‘s sold-out creative writing workshop, and Phoebe Morgan‘s comprehensive presentation on “How to get published”. 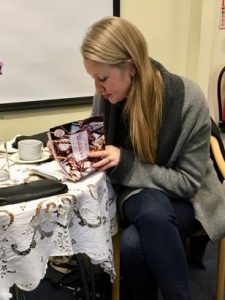 Rebecca writes: “It was great to see poetry being celebrated as part of the programme, and our event so well attended” 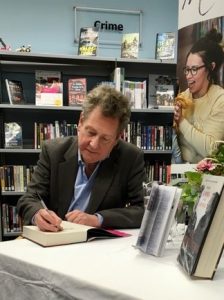 Contemporary themes were the subject of Duncan Campbell and Joanna Jolly‘s discussion on real crime reporting and writing, which included some startling revelations, and of John Higgs’s absorbing take on our future. Equally revealing and absorbing, but then about the past, were Clare Mulley‘s biography of the woman who founded the Save the Children charity, and Tracy Borman with her scholarly, innovative and electrifying analysis in Henry VIII and the Men Who Made Him. 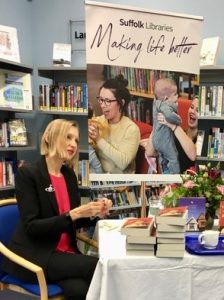 Tracy writes: “The event on Saturday was such a pleasure from beginning to end and I was overwhelmed to see a packed hall. It really is by far and away my favourite festival”